So I wonder who thought it was a great idea to plan a wild boy's birthday party after a long week of daddy being out of town and mama at workshop week.  Was that us?  Perhaps, we planned it during THE craziest week ever, but crazy or not, this boy and his tribe know how to have fun.  Curtis planned a Football Combine themed party for Everett.  Does anyone even know what that is? I definitely didn't, but essentially I think it's a round of drills to weed out players suitable for drafting.  We had each friend come in their favorite sports Jersey and fashioned them in some eye black.  Oh yeah, and Curt and I made sure to take the part seriously by dressing as referee's---since Curt has about 50 uniforms.  We took their full stats: Name, age, weight and height before we executed the drills which were both humorous and adorable.   Little kids doing push up contests--hilarity. I love how some kids are super intense and others could care less about how they do.  It was a pretty great mix.  We ended the challenge with possibly the most crucial drill of all-- the touch down dance. I think after seeing their moves I have a few new ones I could pull out at any given time.  I'm not sure that I've ever been so tired after a birthday party, but my heart is full.

I have a SEVEN year old!  Who is in charge of letting this happen?  I need to talk to their manager and request less fleeting childhoods.

Now to clean up....I think I have an arsenal of cheese balls and nerf gun bullets around the house waiting to be scooped up.

Little boys are the best. 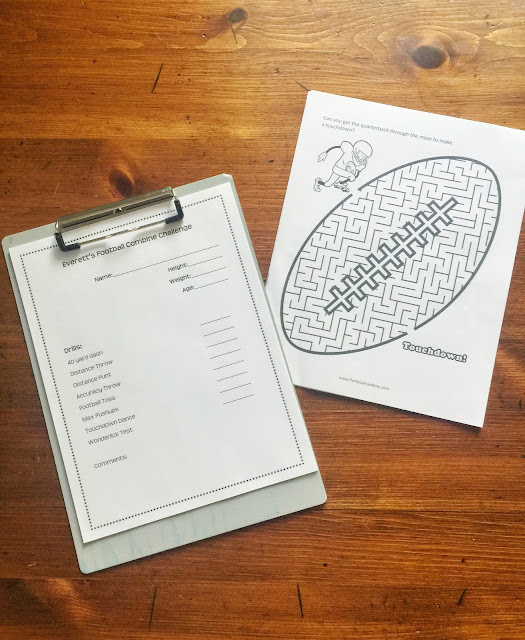 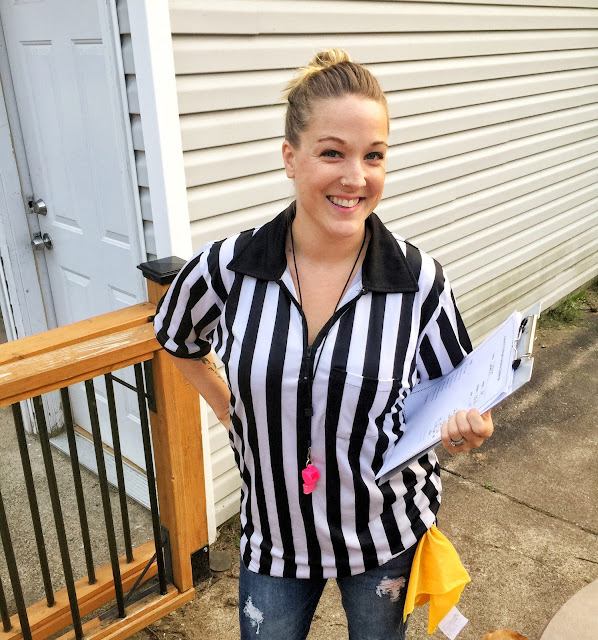 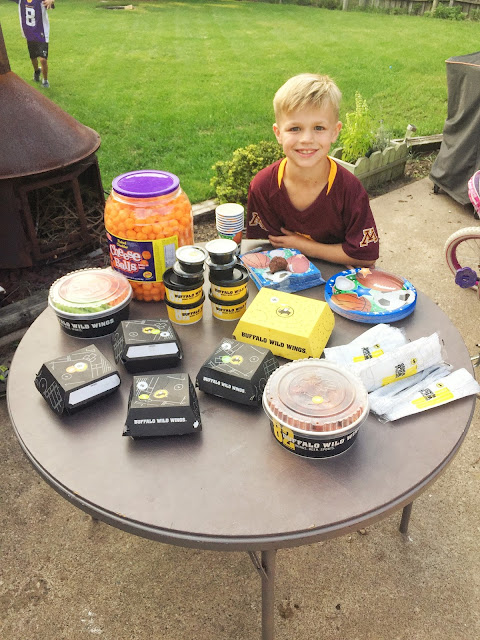 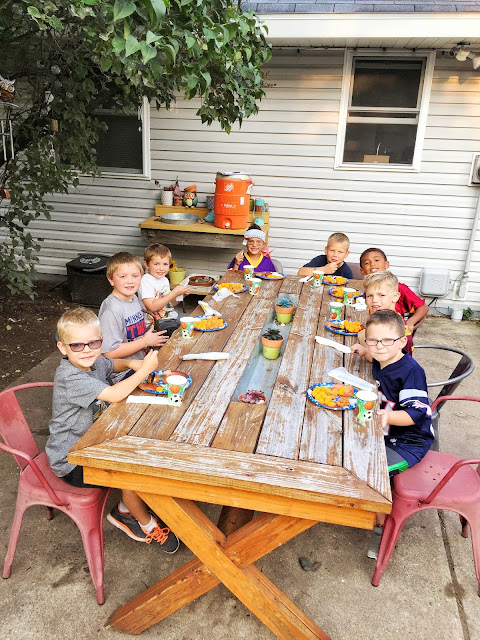 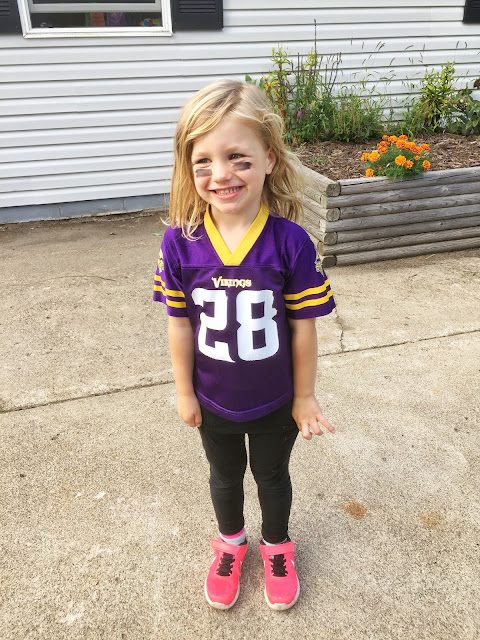 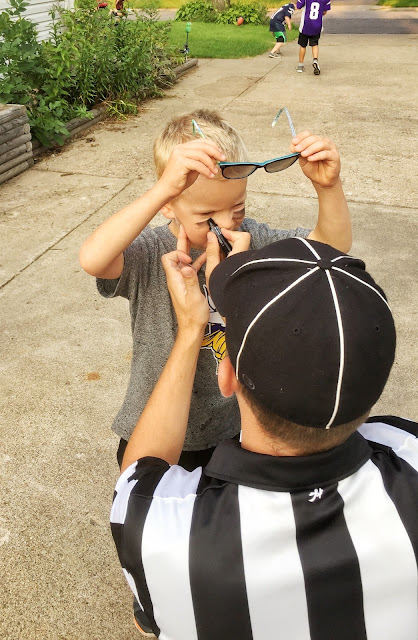 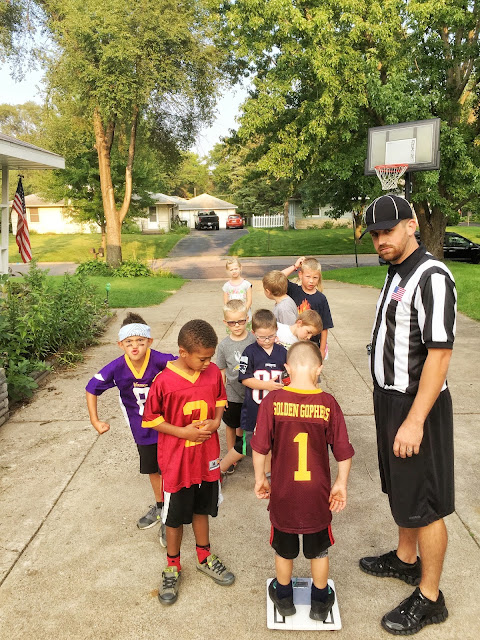 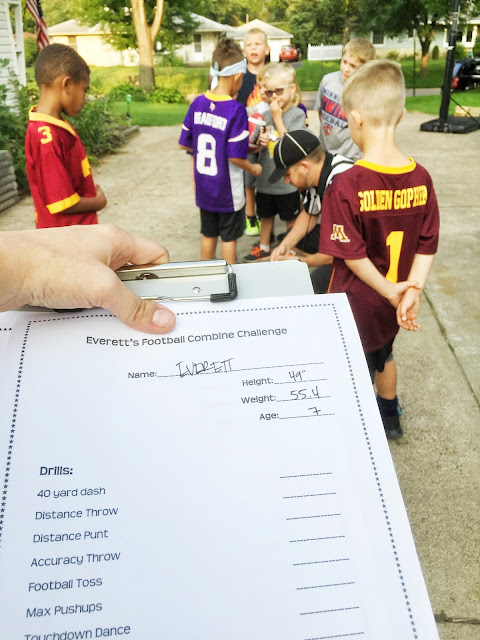 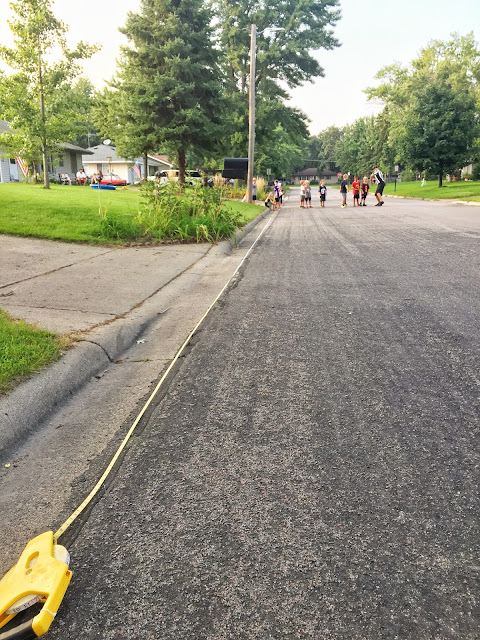 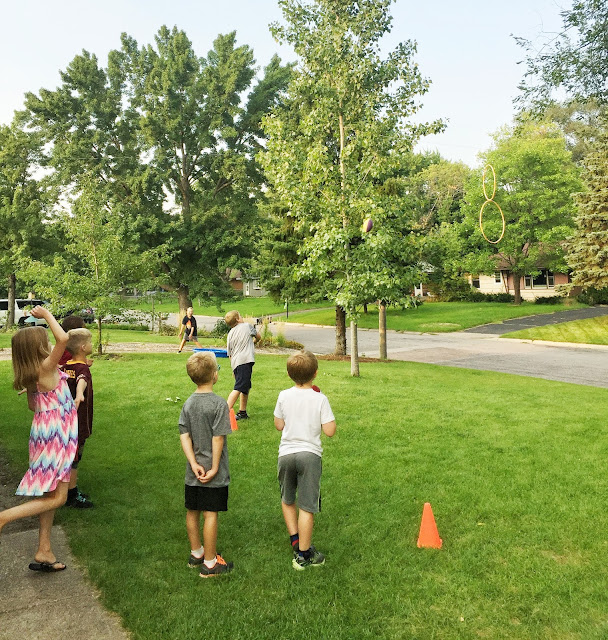 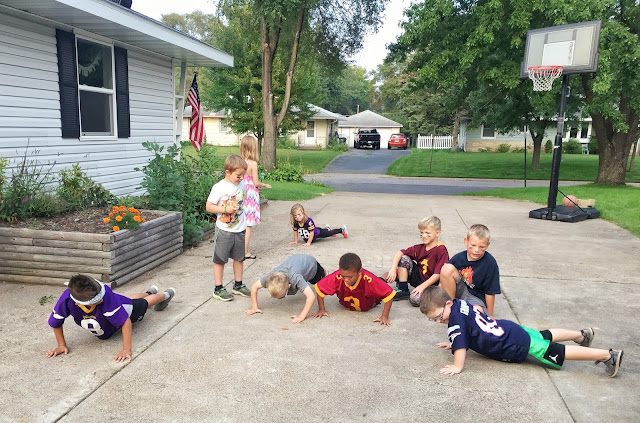 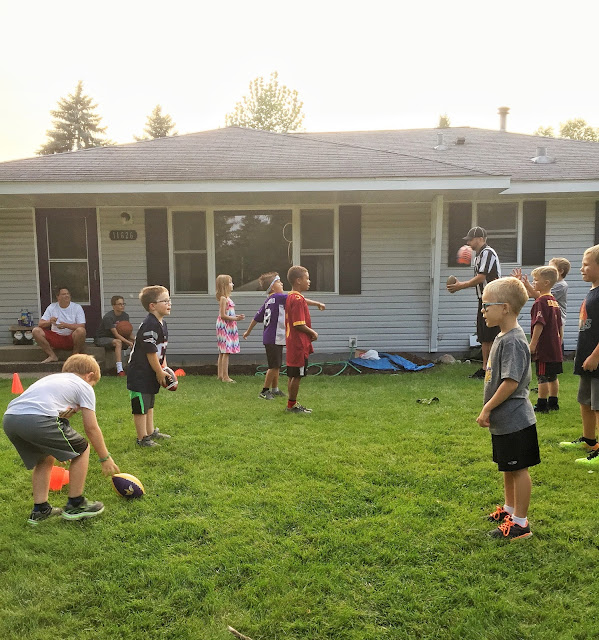 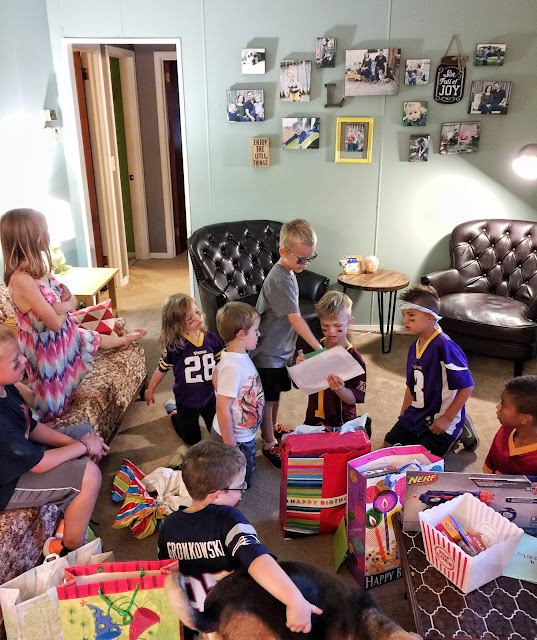 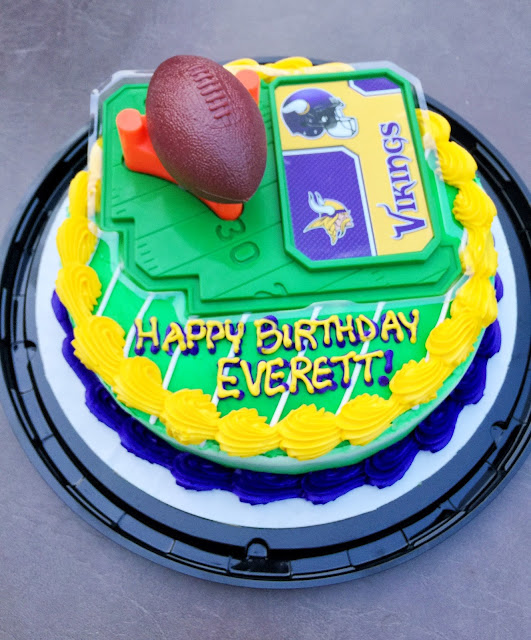 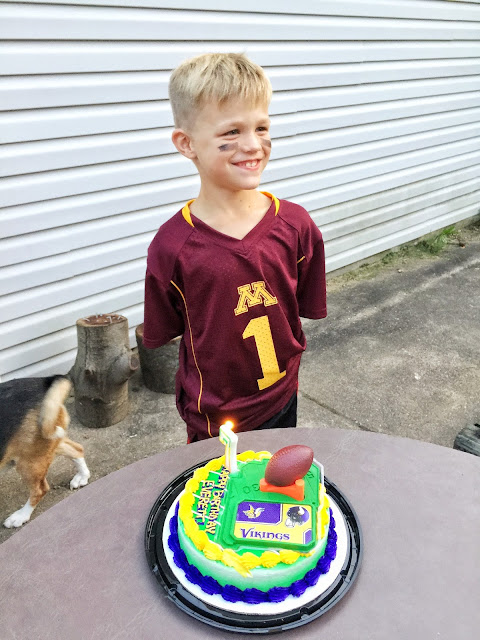 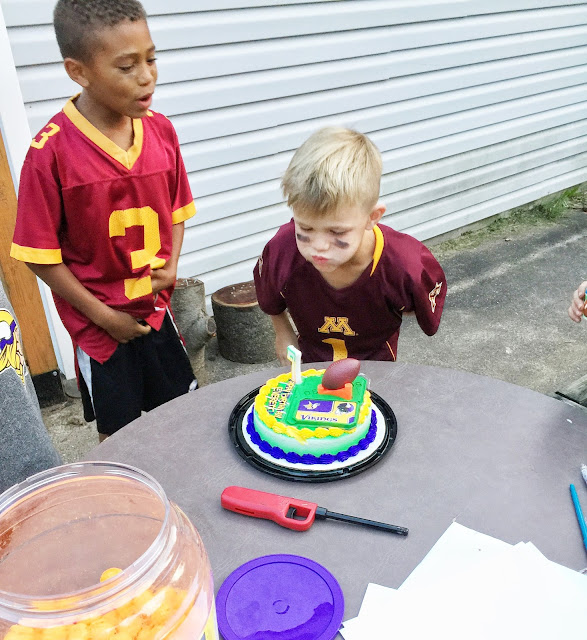 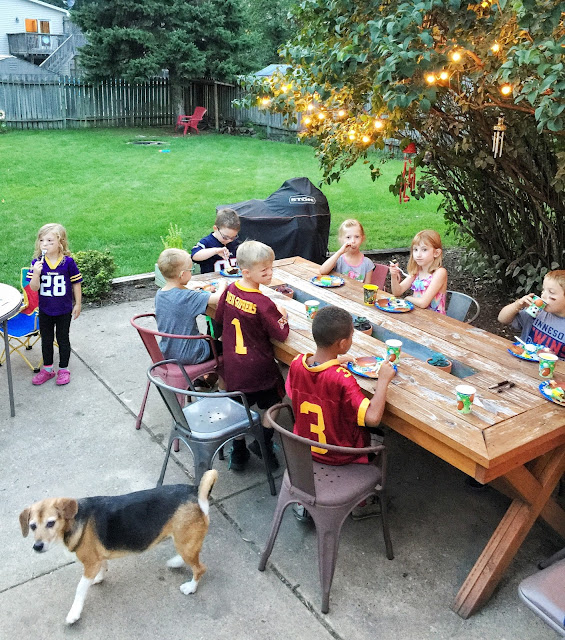